So, I'm playing Sims again. It's a thing I seem to go back to periodically, and have done so since Sims 1 with no expansions. This time, it's Sims 3... with all expansions except the newest (and the stuff packs). I am, of course, doing a Harry Potter themed neighborhood, loosely based on the RPG [or, as more people would probably know it, loosely based on "Four Girls Sirius Black Could Have Fallen In Love With (And One He Did)]. In the past when I've play these towns, I've posted pictures on my LJ and had a surprising number of people (as in more than one) who was entertained and commented about it. With Livejournal dying so much, I'm wondering if anyone would care this time? 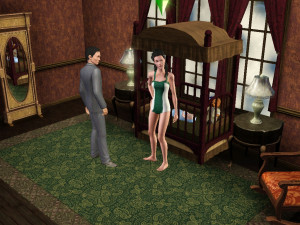 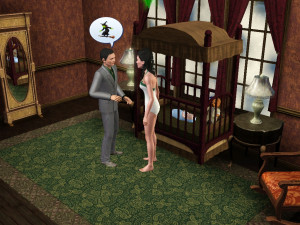 Orion and Walburga fight a lot. He apparently thinks she's a real witch. ;-)  [That she's insane and he keeps cheating on her probably doesn't help much either]
Collapse